back  next  MSU Political Cartoons © 1974-5-6 Tom Ferguson    6 pages here: I would submit cartoons as I did them and the MSU student
daily would use them as space allowed, probably several a week. This was the time of the U.S. overthrow of democracy in Chile, the
winding down of the Vietnam war, the successor to a disgraced Nixon abiding comicly at the White House. The actually presiding
bully, Henry Kissinger, was accurately named a war criminal in Doonsebury and the marginal press but routinely presented as
a serious, presumed ethical, player by the mainstream media. There are also illustrations I would do for articles here. 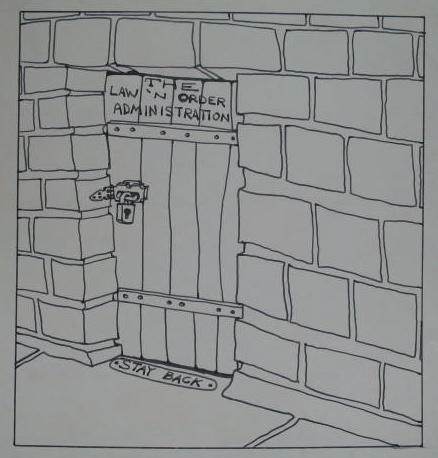 This was actually done just as Nixon resigned, just before I left for MSU. I took it to
the daily paper in my home town and they said it was more appropriate before the resignation.
I don't think they would have run it then either, not even as a letter to the editor. 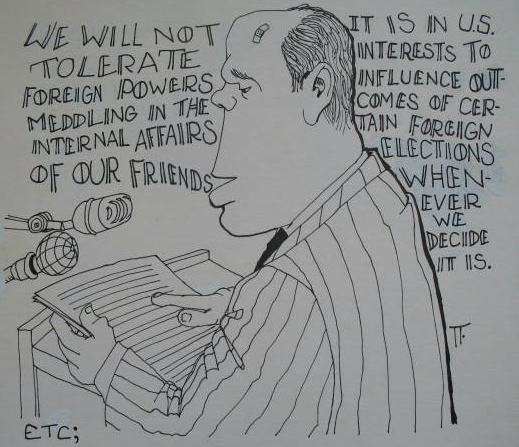 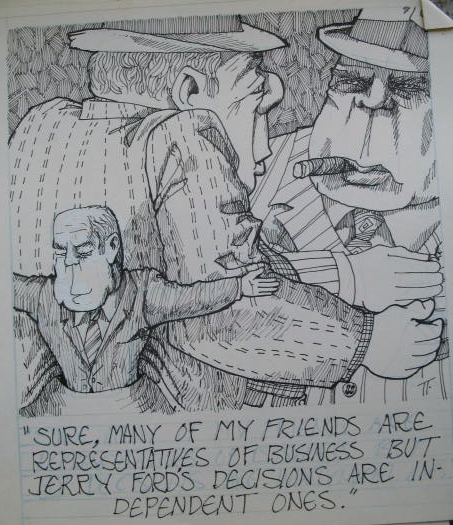 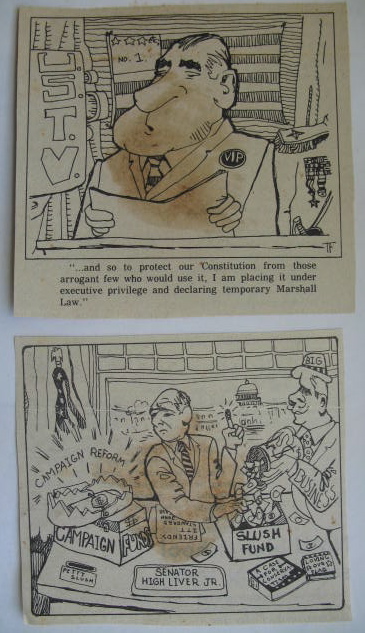 Apparently the Nixon one above was done prior also to MSU. The one below left used my studio mate Jim Marsh, who
loved to read Nietszche as a bridge to discredit the shallow President Ford. The other drawing, an illustration, produced a call from someone complaining of anti-semitism. The editor asked, was that your intent? I said no, never crossed my mind. He said ok. 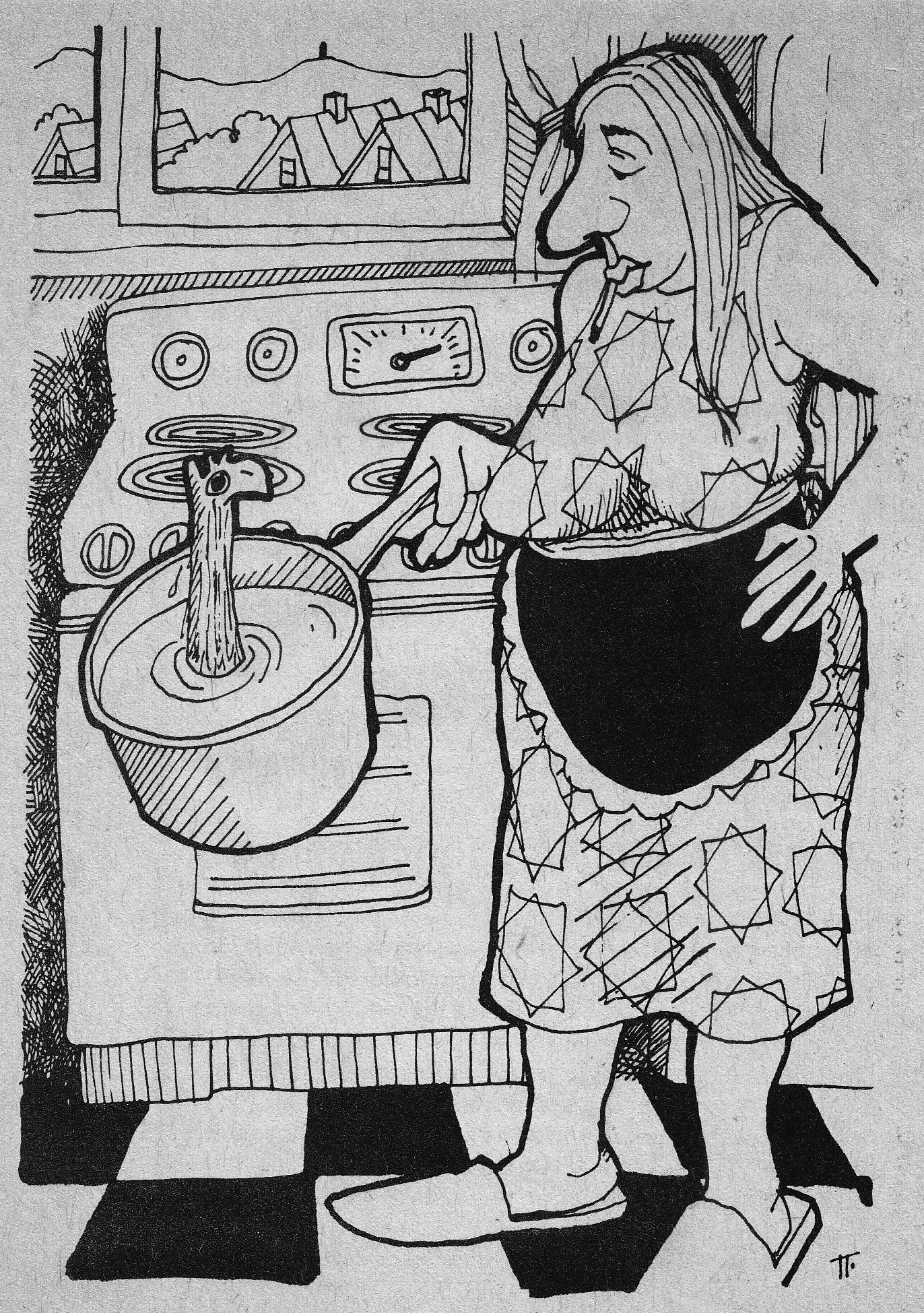