back   Election 2016, some imagery inspired by the race... lots to say about it but not here yet other than the images... and this: some group
sent me an anti-trump sticker and i threw it out thinking it was boring, needed some ooomph... so did this one.  I've been disappointed in the democratic establishment strategy against Trump... seems desperate and limp. Bernie should be the nominee. He'd be hitting on the real issues, health care, distribution of wealth... did I say I wasn't going to speak? This is only one of some possibilities, appealing to different sensibilities.... gots to get through to people how dangerous this guy is, how we'd be better served by a moderate Democrat and the first woman president... and work from there. She's obviously too tied into the establishment but at this point our choice is between that and fascism. 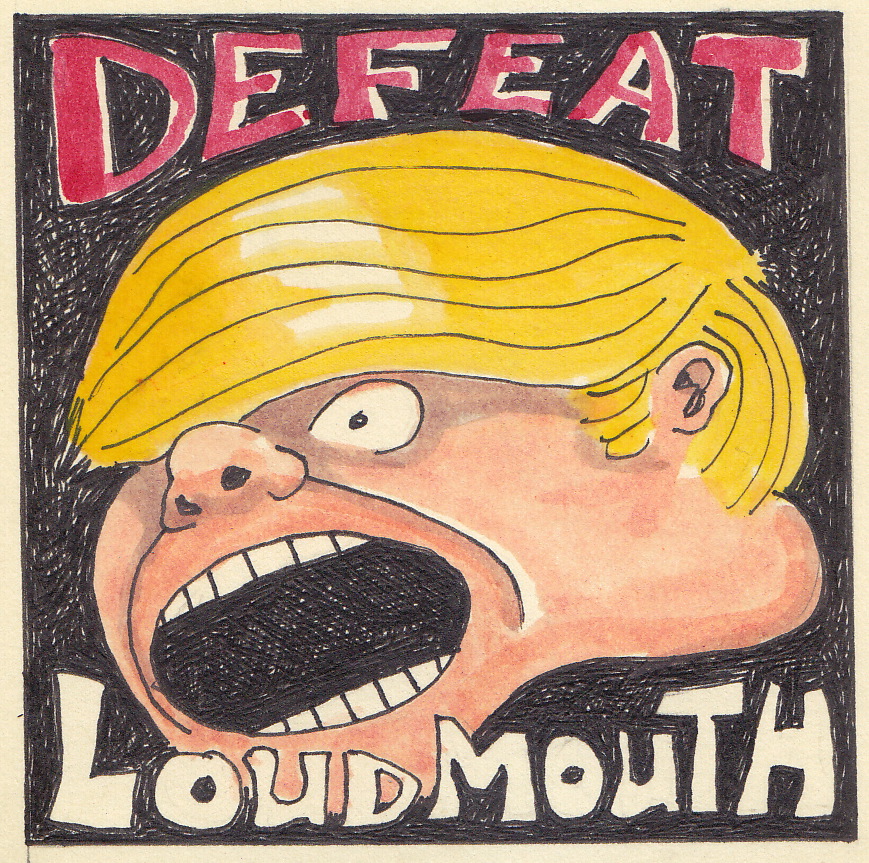